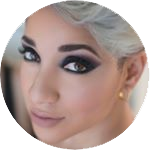 A new study has found a possible association between low average vitamin D levels and a high number of COVID-19 cases and death rates in 20 European countries. The research, led by researchers from East Anglia University and the King’s Lynn NHS Foundation at Queen Elizabeth Hospital in the UK, was published in the journal Aging Clinical and Experimental Research.

European countries. This is partly because people in southern Europe, particularly the elderly, avoid the strong sun, while skin pigmentation also reduces the natural synthesis of vitamin D.

Dr Lee Smith, professor of physical activity and public health at Anglia Ruskin University, said: “We found a significant crude relationship between average vitamin D levels and the number of COVID-19 cases, and particularly mortality rates. of COVID-19, per head of population in the 20 European countries.

“Vitamin D has been shown to protect against acute respiratory infections, and older adults, the group most deficient in vitamin D, are also the most severely affected by COVID-19.

“A previous study found that 75% of people in institutions, such as hospitals and nursing homes, had a severe vitamin D deficiency. We suggest that dedicated studies to look at vitamin D levels in COVID-19 patients would be advisable. with varying degrees of severity of the disease ‘.

“Among the hospitalized people that the study analyzed, those with low vitamin D levels had a higher percentage of hospitalization in Intensive Care Units (ICU).”

People with low levels of vitamin D had a hospitalization rate of 26.6%, compared to 12.8% of those with satisfactory levels of the vitamin.

The time in the hospital was also longer, 12 days versus 8.

Vitamin D helps regulate the amount of calcium and phosphate in the body, which are necessary to maintain healthy bones, teeth, and muscles.

Vitamin D, already present in our body, is activated when we are exposed to the sun, but it can also be acquired through foods such as fish, meat and eggs.

Low levels of vitamin D have already been linked to other viral diseases, such as influenza, HIV and hepatitis C, so this association is under study in the scientific field.